Share a memory
Obituary & Services
Tribute Wall
Read more about the life story of Frank and share your memory.

Frankie Gustaf deBruin of Grand Rapids, MI passed unexpectedly on January 19, 2023 at the age of 70.  He is son to Willem and Julie deBruin and was born on Aug 29, 1952 in Surabaya, Indonesia.  He spent much of his life in Michigan and received his Bachelor of Arts from Grand Valley State. During this time, he met his wife Wilma Jean (Buhler) deBruin.  After college, he enjoyed a nearly 4 decades-long successful career, initially in business and sales at Grand Rapids Label Co. and most recently, as a senior project manager at Procter & Gamble.  The deBruins raised two children in Grand Rapids, their son Brandon and their daughter Cortney.  They spent their years surrounded by friends, family, and loved ones.  Frank's witty sense of humor and bright personality were ever-present to the people around them.  Frank enjoyed honoring their faith in God, traveling the world, and sharing great meals, drinks, and stories with the people they loved.

Despite the tragic loss of his wife in January 2018, Frank remained steadfast in his faith and his love for life.  He reconnected with old friends and made new ones.  He continued to travel and sample the world's cuisine.  He rededicated himself to the career that brought him such personal satisfaction throughout his life.  He endeared himself to everyone he met and strived to have a lasting positive impact wherever he went.  His untimely passing leaves a void in the lives of the countless individuals who knew and loved him dearly.

Frank is survived by his two children, Brandon deBruin of Martin, MI and Cortney (deBruin) Garibyan of San Diego, CA, and their respective families including 6 grandchildren; his brother Peter deBruin of Naperville, IL, and his family; his sister Ruth (deBruin) Moore of Raleigh, North Carolina and her family; his sister Rita (deBruin) Amato of Grand Rapids, MI and her family; and his dear friend Mary Lou Helderop.

Visitation will be Wednesday January 25th from 2:00 to 4:00 PM and 7:00 to 9:00 PM at the Metcalf & Jonkhoff Funeral Home.  Funeral Services will be held at 11:00 AM on Thursday January 26th at Calvary Church, 707 East Beltline NE, Grand Rapids, MI 49525.  In lieu of flowers, those who wish may make donations to Calvary Church Grace Beyond or a charity of their choice. 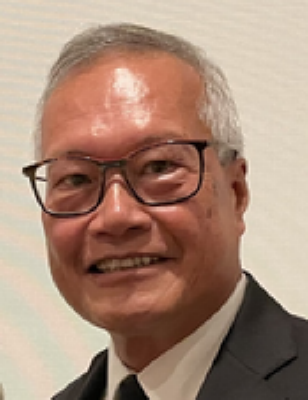 Charity of your choice