Share a memory
Obituary & Services
Tribute Wall
Read more about the life story of Sandra and share your memory.

Sandra “Sandy” M. Blair, a life long resident of Grand Rapids, MI peacefully entered into eternal rest on Saturday, January 14, 2023 at Cascade Trails Senior Living with her daughter at her side.

Sandy was born to the late Mary and Parker Watkins on May 7, 1935 at their home on Knapp Street in Northeast Grand Rapids. Sandy was a devoted daughter and cared for her parents in their later years.

During her early years Sandy studied ballet and tap dance under the instruction of Gerry Gillett and performed many times at the Civic Auditorium in downtown Grand Rapids. She learned to play the saxophone from her father, a performer and conductor of a big band during the 1920s and 30s; Sandy became a talented member of the Creston High School Marching Band. During her senior year, she worked in the school office providing assistance to the secretaries. She graduated from Creston in 1953 and began working as a secretary for Grand Rapids Public schools, first at the Board of Education and then as an Elementary School secretary. Sandy was prized by school principals as essential for keeping the school running. She retired after 42 years of dedicated service in this capacity and was soon asked to return part-time as a substitute and to train newly hired secretaries, which she continued for several years.

On August 9, 1958 Sandra married the love of her life, Charles “Chuck” Blair at Second Congregational church in Grand Rapids. Just over a year later on August 17,1959, they both welcomed their daughter Deborah “Deb”. Sandra and her husband, a middle school teacher had summers off from work so the three of them would often travel; One year they journeyed by car with Sandy’s parents from Michigan, zigzagged across the country to Massachusetts then all the way to California and back to Michigan (10,000 fun-filled miles in 6 weeks).

In October of 1971, deep loss swept over this family when Charles passed away by suicide. Sandy’s parents and her sister’s family enveloped Sandy and her daughter in love and care throughout this time of immense grief. God heard the prayers of loving family and friends and comforted Sandy and Deb. In His timing, He brought them through their grief and provided strength and healing. God had created Sandy to be a determined and persevering person and he restored this in her so that she was able to once again thrive and experience love and companionship when she met Bob Figard and his family and friends.

Sandy believed that God had been generous to her and she dedicated her time and resources to raising and providing for her daughter and her daughter’s family. She adored her granddaughters, her “singing angels” and showered them with love. She supported and encouraged their talents and activities with great enthusiasm. She marveled at the bubbly energy of her three great grandchildren.

Throughout her life, Sandy has been blessed by the love of family and friends. It was her great joy to create precious memories with everyone close to her. This joy was evident in her beautiful, infectious smile. All who knew Sandy knew she loved the color purple. She enjoyed travel, hosting backyard BBQ/pool parties, attending musicals, plays, and symphony concerts, participating in Bible studies and women’s retreats, playing UNO, and watching Jeopardy.

Sandy possessed a quiet, personal faith in God. She was an active member of Eastminster Presbyterian Church and later transferred membership to Forest Hills Presbyterian. Most recently, Sandy had been attending Berean Baptist Church in Grand Rapids, MI. 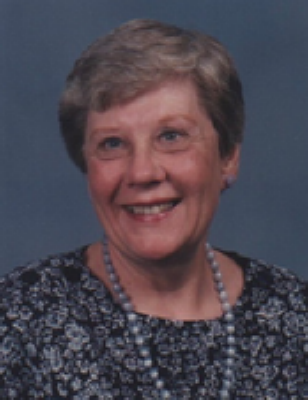