Share a memory
Obituary & Services
Tribute Wall
Read more about the life story of Stanley and share your memory.

On Monday Jan 9th, in his 90th year of life “Bud” Toor, loving and devoted husband of Barbara and father of Kathleen (Thomas) White, Laura (Michael) Puff, Rodney (Julie) Toor and John (Lori) Toor completed his journey to God in His Heavenly home.

Bud was born in Detroit January 16, 1933. One of six children born to Stanley T. Toor and Agnus L. Toor (Cummings). He was a loyal son, brother, husband, Dad, Poppa, Big Poppa, Uncle and Friend. Bud’s work ethic started at a young age doing odd jobs from the age of 10. Following graduation from Western High School he served in the US Army, stationed in Germany. Upon returning from service, he joined a fledgling company, United Parcel Service. He was one of the first mechanics hired by UPS to help start its operations in Detroit, which at the time was the Company’s fifth city in the United States. He was very proud of his 33 years at UPS where his talents and work ethic led to his success as District Automotive Manager.

Bud married the love of his life, Barbara in October 1955. They met in high school and have been inseparable and married for 67 years, raising their four children in Plymouth, Michigan. During retirement they spent their time at his sanctuary, his beloved log cabin home, at Canada Creek Ranch in Atlanta, Michigan, as well as his home in Englewood, Florida during the winter months. He and Barbara also spent time visiting family and friends across the country and overseas. He along with Barb were fortunate to have visited the college of each of his children and grandchildren, as well as attending every graduation.

To his family, Bud represented the Gold Standard, that to which all else are and will be compared. He was a kind, happy man with an abundance of patience, a man who spoke volumes with few words. He brought warmth and love to every room and conversation he ever entered. Always known for a good joke, his quiet laugh could not help but make one laugh.

Bud’s greatest accomplishment was his family which has grown to include 12 grandchildren: Brendan (Alyssa) White of Draper, UT; Tommy (Brandy) White of Bozeman, MT; Andrew (Erika) Puff of Western Springs, IL; Katie (Jason) Bruner of Chicago, IL; Charles (Julia) Puff of Park City, UT; Trisha (Todd) Calfee of Fort Myers, FL; Becca (Nathan) Emborski of Bradenton, FL; Michael Toor of Englewood, FL; Mary Margaret Toor of Northport, FL; Matthew (Alexandra Veloudos)Toor of Fort Myers, FL; Max Toor of Vancouver BC; and Rowan Toor of Holland MI and 11 Great Grandchildren: Emily Calfee, Kara Toor, Quinn White, Kinsale White, Griffin White, Julia Calfee, Molly Puff, Nora White, Jonathan Toor, Benjamin Puff and Jack Bruner. Whether they were watching Michigan football, Nascar, playing cards, building puzzles, roasting marshmallows “Up North” or just an infant being held in his arms, all were fortunate enough to know and learn from their Poppa. He was always eager to hear about their lives and follow their adventures. He was amazing with the technology of his iPhone and was able to track and keep in contact with family although spread out across the country.

Bud did it his way, defying the odds and returning to Florida from Michigan after some health issues and despite Hurricane Ian's wrath. Bud passed away peacefully, settled once again in his Florida home surrounded by his wife, children and spouses talking and telling funny stories - exactly as he wanted.

Visitation will be Monday, January 16 from 4 to 7pm ending with a rosary at 7pm at the Metcalf & Jonkhoff Funeral Home, 4291 Cascade Rd SE, Grand Rapids.  The Mass of Christian Burial will be held on Tuesday, January 17 at 11:00 AM at the Basilica of St. Adalbert’s, 654 Davis Ave, Grand Rapids 49504. Stanley will be buried at 1pm at Our Lady of Hope on Wednesday, January 18, in Brownstown, Michigan. 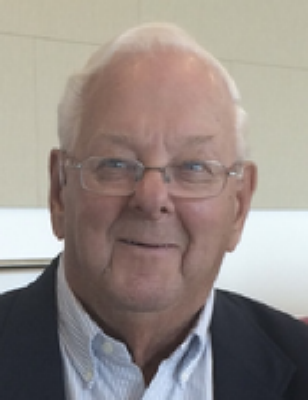